What is the One Trick Pony's Trick!

One Trick Pony, is a song and a movie by Paul Simon, released in 1980. Until I heard that song I believed the term was a disparaging comment aimed at someone with limited talents and abilities. This song made me think otherwise. Perhaps it is better to have one trick that you can do very well than to have a multitude of ordinary lackluster abilities.

What could this possibly have to do with golf?

Let's look at the lyrics from the song: https://www.paulsimon.com/music/one-trick-pony/ 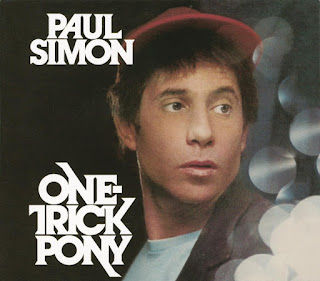 For the past several years I have tried to learn that trick and teach it to my students. It is very hard to learn and even harder to teach. Do more with less, think simple, be natural, understand nature's laws. I have successfully performed the trick on occasion, and have witnessed a student feel that wonderful moment when the trick worked. I still do not fully own the ability to perform the trick every time and probably never will. Moe Norman called it the "Moment of Greatness". I ask myself and my students to evaluate each swing not by what the ball did but rather how well was the trick performed. For me 'staying in the moment' means staying focused on performing that one trick and nothing else.

That one trick that all golfers need is motion. A simple graceful balanced motion from side to side. A motion that begins from a quiet stationary balanced place and ends in a different quiet stationary balanced place. A smooth rhythmical rotating motion around the torso. A movement that starts from the feet and moves throughout the whole body. A movement that shifts the weight from both feet to one foot and then to the other foot.